What Is the Role of a CFO in Mergers and Acquisitions? 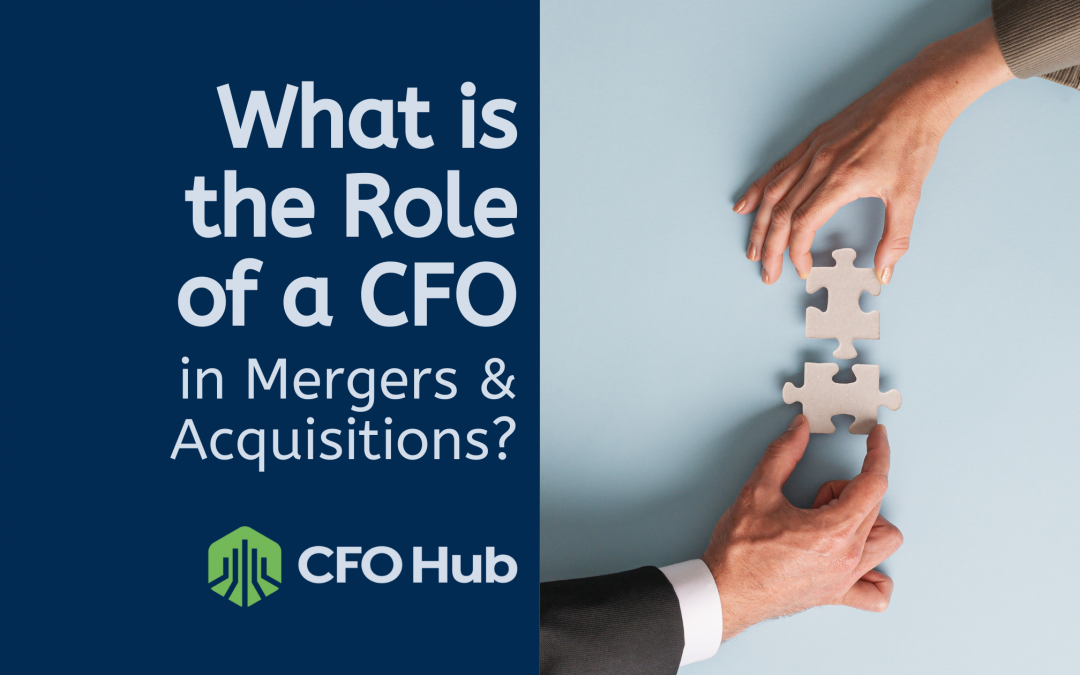 What Is the Role of a CFO in Mergers and Acquisitions?

The role of a Chief Financial Officer (CFO) is evolving.

In recent decades, financial leaders have taken on evermore responsibility regarding corporate financial strategy, growth initiatives, and other value-adds outside the traditional accounting purview.

Of the various tasks a modern CFO must handle, few, if any, are as critical as their role in mergers and acquisitions. As McKinsey notes, “When the finance chief is directly involved in identifying potential synergies, transformation and value-creation opportunities, and cultural pitfalls, companies see greater deal success.”

But why is that? What is the role of a CFO in mergers and acquisitions?

M&A deals represent a potential avenue for companies to gain significant value. But because of their innate complexities, end results may not always be positive.

In a modern M&A business climate defined by escalating competition, unprecedented levels of deal activity, and sky-high valuations, a CFO could be the “it factor” that a deal hinges upon—the difference between success and failure, whether on the buy or sell side.

As the financial leader of the company, a CFO plays an integral role in:

So, although the CEO will be the driving force of an M&A deal, a CFO can share the burden of many of the chief responsibilities necessary to ensure that the deal moves forward—so long as the CFO can verify that the potential ROI outweighs the risks.

The Role of the CFO in M&A

CFOs have the opportunity to play an even more significant role throughout the entire M&A process as they shepherd it toward successful outcomes. Key areas of interest may include:

Successful M&A is more than simply getting a deal done. It is about knowing whether the deal should be done in the first place. So, before discussions about an acquisition can even begin, a CFO must be one of the first analysts to determine whether the proposed deal is even worth the risk by asking questions like:

Demonstrating caution and restraint can help a business avoid wasting time and money on a fruitless process.

The CFO and their financial subordinates are the ultimate screening mechanism for M&A. Whether buying or selling, it is their job to vet the other company to ensure that the deal is worth making, asking qualitative and quantitative questions about factors, such as:

A robust vetting process depends heavily on the set criteria. According to Frank Chaiken, leader of the corporate & transactions practice group at Thompson Hine:

“These guidelines might include both positive criteria, such as sources of existing value, as well as negative. The most critical factors to identify are a potential risk, hidden value, and opportunities to increase profitability without damaging the unique qualities that made the business an attractive target in the first place.”

Taking these precautionary actions helps a company narrow down its list of potential buyers, investors, and acquisition targets.

After leadership has determined that yes, in fact, this is a good deal, their next task is to justify it to the board and other key stakeholders. And in that, the CFO plays an essential role in performing due diligence and then crafting a transaction plan that they will later pitch to the board.

The CFO will outline a list of financial requirements and benchmarks that stakeholders must understand and agree to before negotiations begin. In order to create this baseline argument and then ensure the end goals can be met upon deal completion, the CFO and their financial team must:

Equipped with this information, the CFO can readily explain the merger or acquisition’s value to the board and begin assisting with negotiations.

Once the process has entered the transaction and negotiation phase, a CFO becomes one of the chief mediators. Their ultimate goal is to maximize synergies and derive as much value from the deal as possible. In that regard, a CFO may assist by:

The goal here is not to close the deal as quickly as possible. Rather, it is to close when both organizations are ready, risks have been managed, and all opportunities identified.

Two of the more common reasons why a deal fails to generate the expected ROI come down to an inability to bridge the cultural differences between the two organizations and poor post-close execution.

In either regard, a CFO can and should play a crucial role in planning for and mitigating such issues by taking steps such as:

Enlisting a CFO to Assist with M&A

Is your company entering uncharted M&A waters without a CFO at the helm?

If so, you automatically reduce the odds that the deal will a) close and b) be worthwhile.

Fortunately, you don’t need to hire a full-time CFO to assist with your M&A plans. Instead, you can bring on a part-time CFO who offers the same experience and skills at a much-reduced cost.

By partnering with CFO Hub, we’ll assign you a perfect-fit CFO—one who has relevant experience within your industry and knows exactly what it takes to make a good M&A deal.

Contact Us
Related:  What Should My Business Do With Excess Cash?